People try to help author Salman Rushdie after he was stabbed near New York city on Friday.

Author Salman Rushdie, being stabbed at an event in New York State on Friday, suffered “10 to 15” blows in the attack, eyewitnesses said. One of them said she thought it was “a stunt” at first.

“This guy ran on to platform and started pounding on Mr Rushdie,” said Rabbi Charles Savenor, who was in the audience for the lecture at Chautauqua Institution, about 100 km from the city.

A reporter from AP said the attacker “punched or stabbed Mr Rushdie 10 to 15 times”.

“At first you’re like, ‘What’s going on?’ And then it became abundantly clear in a few seconds that he was being beaten,” Mr Savenor told the news agency. He said the attack lasted about 20 seconds.

A woman from the audience, Kathleen Jones, said the attacker was dressed in black, with a black mask. “We thought perhaps it was part of a stunt to show that there’s still a lot of controversy around this author. But it became evident in a few seconds” that it wasn’t, she was quoted as saying.

Mr Rushdie fell to the floor immediately, and the attacker was restrained. A small group of people surrounded the author, holding up his legs, presumably to send more blood to his chest, AP reported.

New York State Governor Kathy Hochul later said he is alive and “getting the care he needs”. 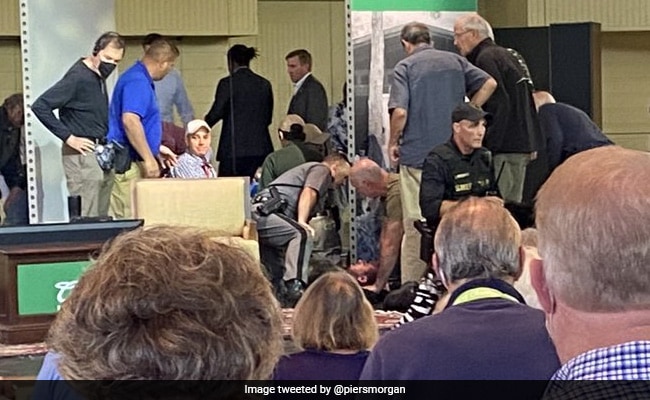 A police officer was deployed at the event; he was among those seen helping Mr Rushdie.

The roughly 2,500 people in the audience gasped at the sight of the attack — some rushed towards the sage to help — and were later evacuated.

The New York State Police confirmed the stabbing and said Mr Rushdie was taken to an area hospital by helicopter. The attacker is in custody, police said, not sharing further details.

The Governor tweeted saying “our thoughts are with Salman (Rushdie) and his loved ones,” and promised all help in the investigation.

Our thoughts are with Salman & his loved ones following this horrific event. I have directed State Police to further assist however needed in the investigation.

The attack happened around 11 am local time (8.30 pm IST) as Mr Rushdie was being introduced before he was to speak. The Chautauqua Institution, located in a rural part of New York, is known for its summertime lecture series. Mr Rushdie has spoken there before.

Though a connection with earlier death threats hasn’t yet been established, Mr Rushdie faced threats particularly in the late 1980s over his book, The Satanic Verses, which is alleged to be blasphemous towards Islam. There was also a reward out on his head by the Iranian top leader, though by 1998 the Iranian government said it wasn’t seeking to enforce that ‘fatwa’ or edict.

In 2012, after an Iranian religious outfit again put a bounty on him, he dismissed the threat, saying there was “no evidence” of people being interested in the reward. That year, he published a memoir, Joseph Anton, about living amid threats. The title came from the pseudonym he had used while in hiding.

A British citizen of Indian origin, Mr Rushdie has lived in the US for the past 20 years. After the controversy over his fourth book, The Satanic Verses (1988), he remained out of the public eye, mostly living in the UK under government protection. Despite the threats, he produced several novels throughout the 1990s.

His first novel came out in 1975 — followed by over a dozen works, including non-fiction — but one of his seminal works is about modern India, Midnight’s Children (1981), for which he won the Booker Prize.

In 2007, he was knighted — given the ceremonial title of ‘Sir’ — by Queen Elizabeth II for services to literature. 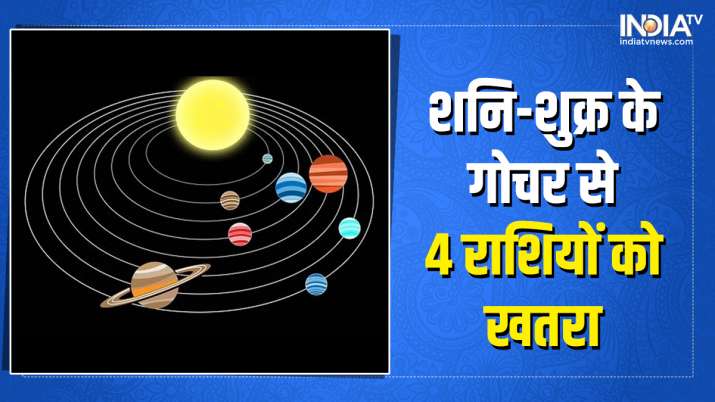 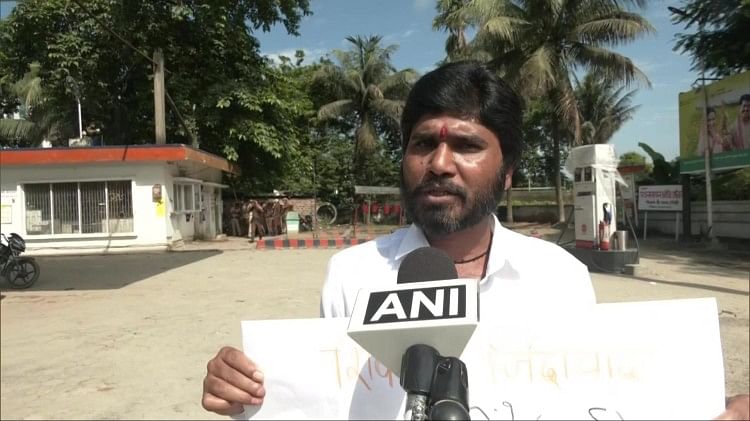 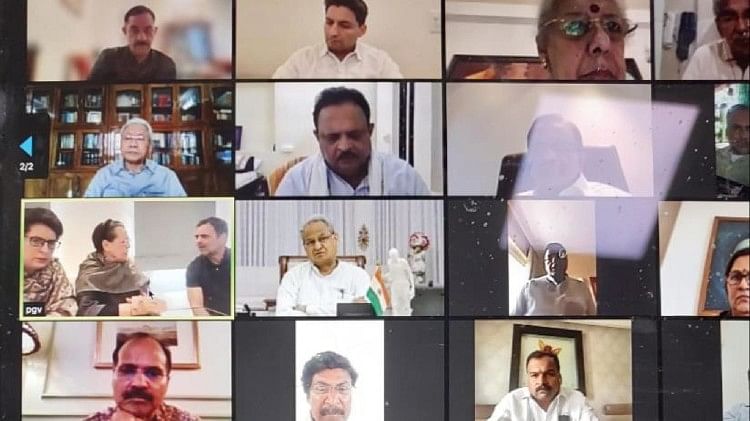