The fresh rift between Pragatisheel Samajwadi Party-Lohia (PSP-L) chief Shivpal Yadav and his nephew and Samajwadi Party (SP) president Akhilesh Yadav seems to be preparing the ground for another parting of ways.

The Akhilesh-Shvipal rift has been visible since last week. Speculation is rife that Shivpal may ally with the BJP, quitting the Samajwadi Party-led alliance.

The speculation gained strength after the sulking Shivpal Yadav on Wednesday evening called on Uttar Pradesh chief minister Yogi Adityanath at Yogi’s official residence amid reports of strains in the SP-led alliance.

The political circles in Lucknow have been discussing that Shivpal would ally with the BJP, which would send him to the Rajya Sabha and field his son Aditya Yadav for the Jaswant Nagar seat in assembly bypolls. Shivpal won his traditional Jaswant Nagar (Etawah) seat on the SP ticket. Eleven Rajya Sabha seats from Uttar Pradesh would fall vacant between April and July.

Deepak Mishra, a spokesperson for PSP-L, and a close aide of Shivpal, on Wednesday had described the meeting between Shivpal and Yogi as a “courtesy call as Shivpal ji could not meet the CM earlier”.

‘SOME VEXATION, NO SPLIT’

When spoken to on Thursday, he said: “There’s no denying that there is some narazgi (vexation). But as of now, there is no split and the speculation of his going to the BJP is mere speculation. All that we can say is that we (the entire) PSP-L is with Shivpalji and will stay with him (wherever he is or goes).”

Om Prakash Rajbhar sought to play down the issue. He said there are “some issues” within their family and he was making all efforts to ensure that Shivpal and Akhilesh stay together.

HOW DIFFERENCES CROPPED UP

Reports suggested that the distance between Shivpal Yadav and Akhilesh Yadav has been widening ever since Shivpal was not invited to the meeting of newly elected SP MLAs on March 26. PSPL chief Shivpal Yadav had contested the recent state polls on the bicycle symbol of the SP. He had skipped the opposition alliance’s Monday meeting called by Akhilesh Yadav and also “delayed” taking oath as a member of the new assembly, indicating that all is not well between the uncle-nephew duo.

Besides Shivpal Yadav, the alliance’s other key leader Pallavi Patel of Apna Dal (Kamerwadi), who had defeated deputy chief minister Keshav Prasad Maurya in Sirathu, had also not attended the meeting of the SP-led coalition partners on March 28.

However, SP state president Naresh Uttam Patel said Shivpal was not called for the March 26 meeting as it was a meeting of only those MLAs who were SP members.

Shivpal Yadav took oath on Wednesday in the chamber of speaker Satish Mahana. He later went to the 5-Kalidas Marg residence of chief minister Yogi Adityanath, fuelling speculation of his changing sides.

The crossover, if it materialises, would not surprise many as already Aparna Yadav, SP founder Mulayam Singh Yadav’s daughter-in-law, is in the BJP now.

On many occasions before their 2022 reunion, Akhilesh had accused Shivpal of being a B-team of the BJP.

As part of the alliance with PSP-L, the Samajwadi Party gave only one seat to the PSP-L, fielding Shivpal Yadav as the SP candidate. Shivpal’s son Aditya Yadav did not get a ticket.

Shivpal Yadav himself has not been speaking much.

After his 20-minute meeting with Yogi on Wednesday, Shivpal had told the media that he would tell everything at the right time.

NOT APPROPRIATE TIME TO SAY ANYTHING: SHIVPAL

On Thursday, after a meeting of PSP-L leaders in Lucknow, he said: “It’s not the appropriate time to say anything yet. I appealed to my party members not to get worked up. The party’s interest will be watched. We discussed the party’s strategy in today’s meeting”. Shivpal also denied rumours about him meeting the Union home minister Amit Shah recently.

Shivpal, however, had met his elder brother and SP chief patron Mulayam Singh Yadav in Delhi and “got his blessings”, said a PSP-L leader.

But, Rajbhar is still optimistic that things would be sorted out and the speculation of Shivpal Yadav parting ways would prove wrong.

Rajbhar’s SBSP is a constituent of the Samajwadi Party-led alliance in UP.

“It is a matter of the family. How much can we do in the tiff within the family? But it has been my effort that all should remain together and work together,” Rajbhar said.

“I will talk to both Shivpal ji and Akhilesh ji,” he said adding, “My effort is to placate Shivpalji. We can only make efforts in this regard. I have also talked to Akhileshji and he has also agreed that I should talk to Shivpal Singh today itself,” Rajbhar said, “Shivpal Singh had given me time last evening but I had to rush to Ballia and I also told him about the same. I will meet him on return.”

On Pallavi Patel’s absence from the meeting of the allies, Rajbhar said, “Pallavi Patel could not attend the meeting of allies because of some personal work. She had come in the morning and met Akhilesh ji. All the parties had sent their representatives, including Apna Dal (K).”

THEY HAD REUNITED BEFORE POLLS

After remaining at loggerheads since 2017, Akhilesh Yadav and Shivpal Yadav had decided to mend fences just before the recent state assembly elections.

Earlier, their estrangement had resulted in Shivpal Yadav launching his own party before the 2019 Lok Sabha elections.

But in the just-concluded assembly polls, the uncle-nephew had put up a united front. Shivpal and Akhilesh contested neighbouring assembly seats. Shivpal contested Jaswant Nagar and Akhilesh Karhal (in Mainpuri). While campaigning for himself in Jaswant Nagar, Shivpal also took time off and campaigned in Karhal for Akhilesh. Akhilesh, Mulayam, and Shivpal campaigned together in Etawah and Mainpuri on Akhilesh’s Vijay Rath. 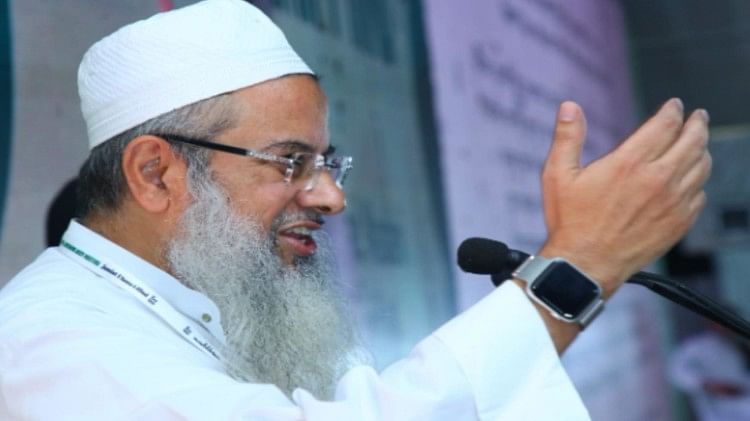 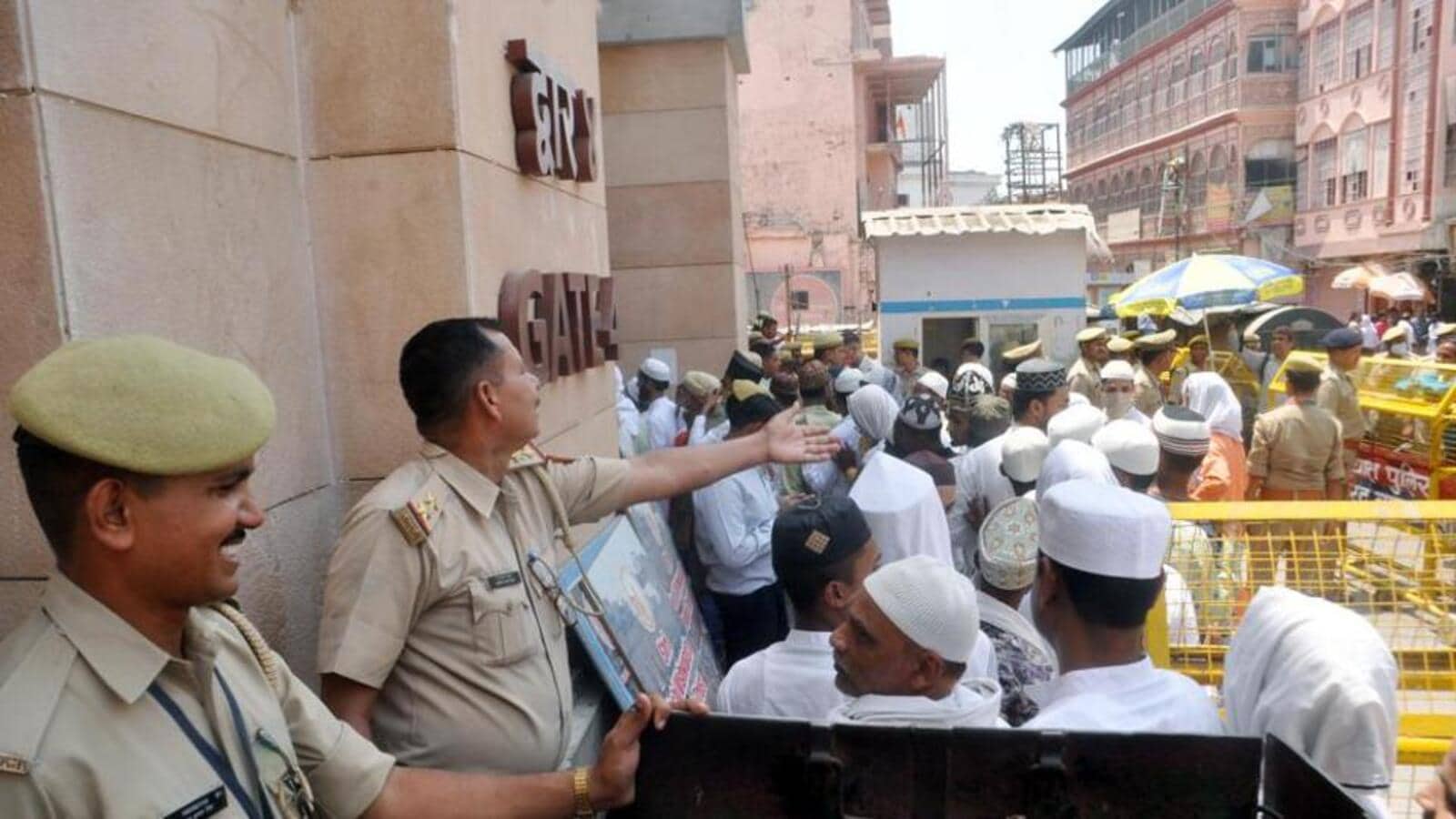 Ahead of Gyanvapi survey, security of judge, advocate commissioners increased 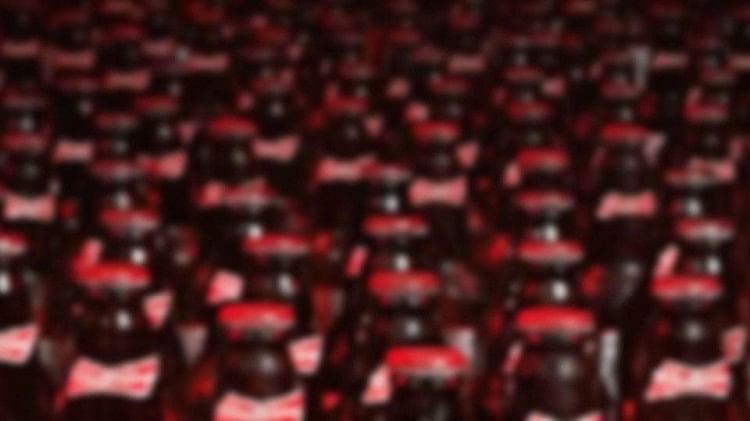